Anaconda of the Amazon Rainforest, Preservation and Conservation, Peru 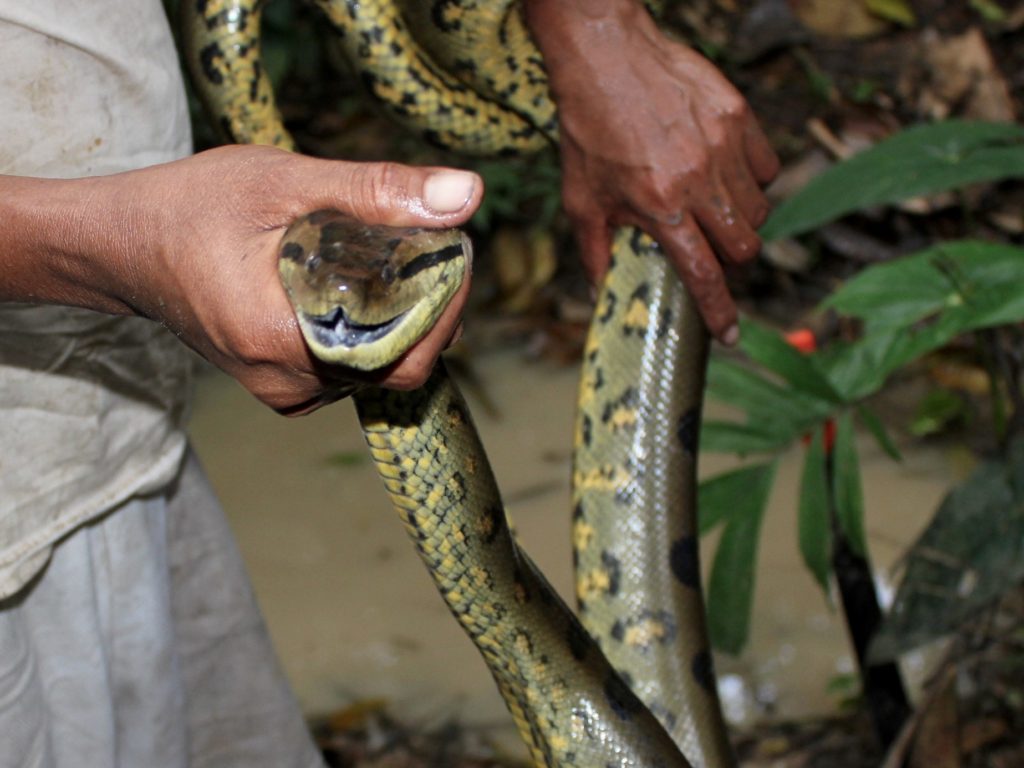 Our local guide for the Rainforest walk disappears for a few minutes and we discover him sloshing in a puddle to retrieve an Anaconda from the muddy water.  Anacondas are not venomous, but squeeze their prey, so they are called constrictors.  Anacondas are not endangered or threatened, but like other species, their habitat is threatened by the logging industry.  It is illegal to sell them for the pet trade or their skin in Peru, so these threats are controlled by law.  It is also illegal to import Anacondas into the United States, although historically the United States was one of the largest international buyers of green anacondas.  With this global photo story, I salute the laws passed to stop the sale of anacondas in Peru and importation for the pet trade in the United States; and, the people who control poaching and smuggling.