By Stacey GerhartMarch 23, 2017Wyoming
No Comments 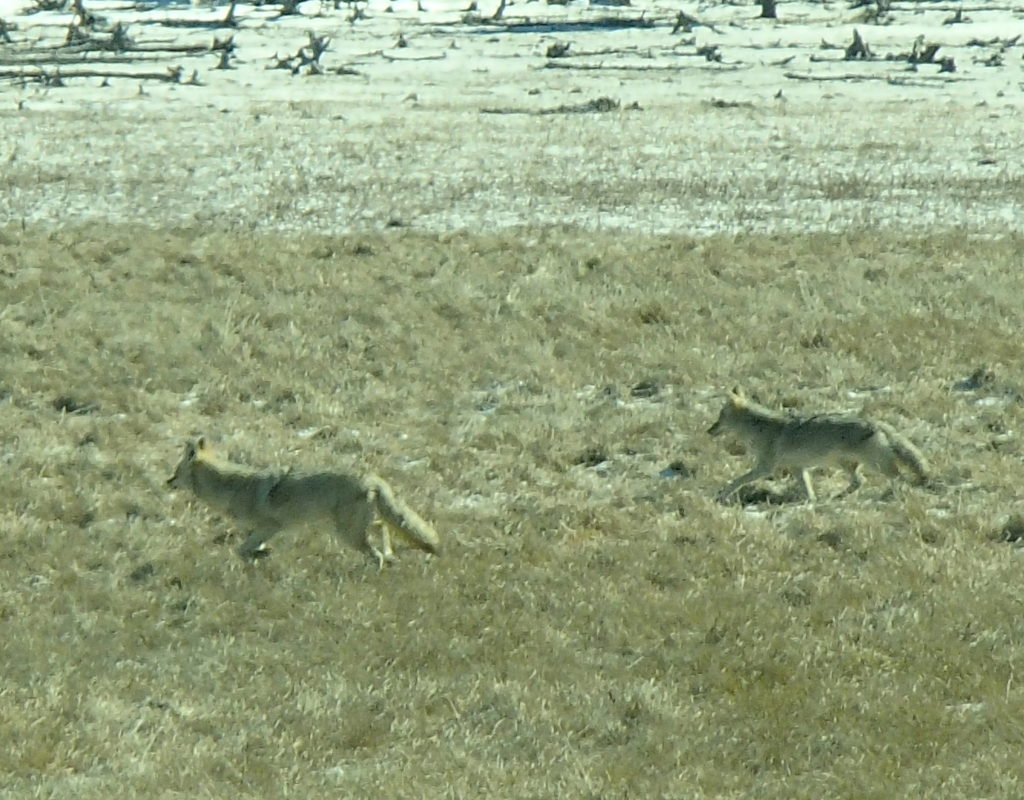 I take this photograph of two coyotes during one of our guided wildlife tour of Lamar Valley.  Unlike wolves, who usually hunt in packs, coyotes more often hunt singly or in pairs.  Today, we see many people standing in parking lots with tripods, cameras, and binoculars watching for wolves along the distant ridges in Lamar Valley, where competing packs live, but these two coyotes capture our attention on the opposite side of the road in the valley.  Coyotes are smaller than wolves and hunt smaller prey, like rabbits or foxes.  They are also scavengers, who eat larger prey that perished, or was killed by another predator.  Coyotes are highly adaptable to different diets and environments.  They can live just about anywhere, including cities and suburbs, where they can become dangerous to pets–especially if they lose their fear of people who feed them on purpose, or unintentionally through roadside garbage.  With this global photo story, I salute the use of wildlife or bear-proof garbage cans to keep wildlife at a distance from people in parks, cities, and suburbs.