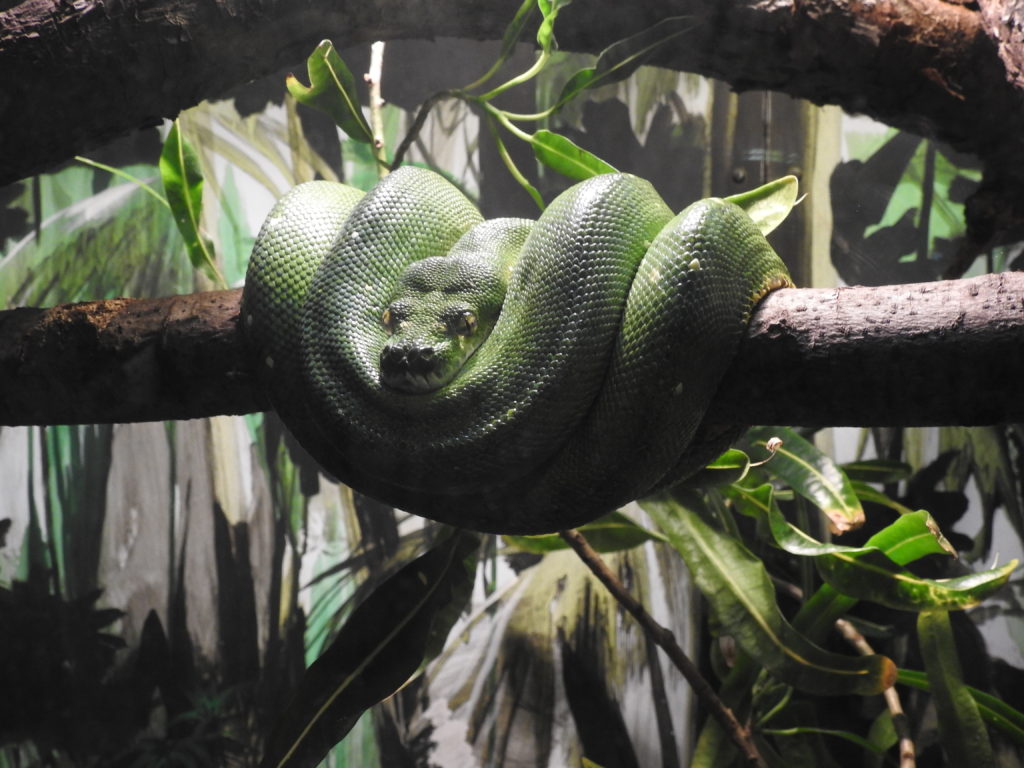 Wherever we travel in the world, climate and vegetation is similar where latitude is the same.  We can predict climate in other countries based on  weather patterns for locations with similar latitude lines in the United States.  Now, we discover that animals from opposite sides of the world can be similar, too.  The green tree python from Australia looks very similar to the emerald tree boa, which lives in a similar habitat on the other side of the world.